The Molecular Animal Physiology Research Group focuses on the evolution and the mechanisms of molecular adaptations. The research topics include the stress response of vertebrates, the molecular and cellular basis of hypoxia tolerance of the brain in diving mammals, the evolution and function of respiratory proteins, the phylogenetic relationships in Ecdysozoa and Arthropoda, and the evolution of malaria pathogenicity.

By employing a variety of molecular, biochemical, cellular and bioinformatic methods, we try to unravel the biological mechanisms underlying short-term acclimations and long-term adaptations in evolution.

Many factors can lead to biological stress such as hypoxia, heat, cold, toxins or diseases. On the cellular level, stress can result in the damage the macromolecules (membranes lipids, proteins, and DNA). 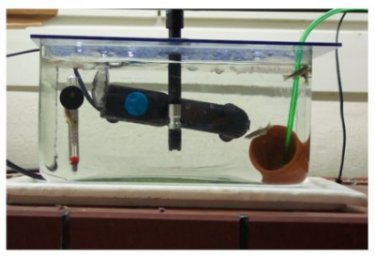 Animals must either avoid or tolerate stress. Stress response typically includes a variety of behavioral, morphological, physiological and molecular changes that allow the animals to survive stressful periods.

The diving brain: hypoxia tolerance in the brain of whales and seals 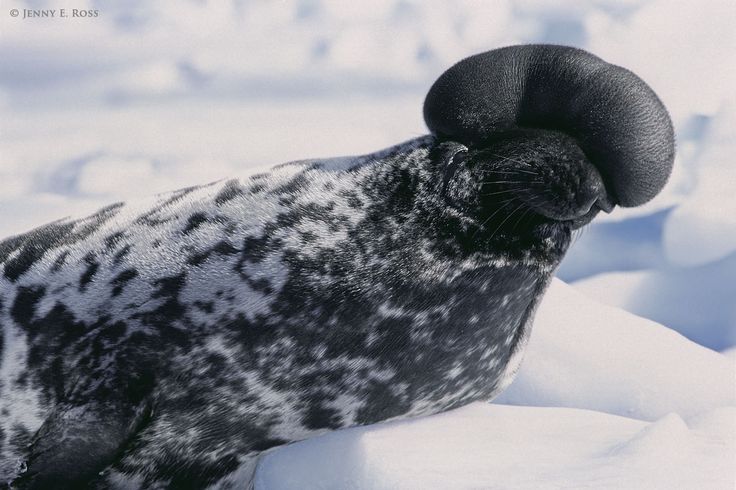 The brain of most diving mammals is routinely exposed to low oxygen levels (hypoxia) when submerged. Electrophysiological studies have shown that the neurons of the brain of the deep diving hooded seal (Cystophora cristata) are much more tolerant to hypoxic conditions than those of the mouse. In collaboration with the research group of Prof. Lars Folkow (University of Tromsø, Norway), we investigate the molecular and biochemical basis of hypoxia tolerance in the brain of whales and seals.  Our results indicate that the hypoxia tolerance is associated with a shift of the oxidative metabolism from neurons to astrocytes in the hooded seal brain, whereas the aerobic metabolism occurs mainly in neurons in terrestrial mammals (Mitz et al., 2009). Whales, on the other hand, show a similar distribution of metabolic enzymes compared to their terrestrial relatives. However, they have significantly elevated levels of neuroglobin in the brain compared to, e.g., cattle (Schneuer et al., 2012). Electrophysiological studies have further shown that the hooded seal neurons are also extremely tolerant to low levels of glucose or high lactate concentrations (Czech-Damal et al., 2014; Hoff et al., 2016). Furthermore, comparative transcriptome analyses have identified genes that play a significant role in the stress tolerance of the brain in diving mammals (Fabrizius et al., 2016;Hoff et al. 2017). The functions of these genes are currently under investigation.

Evolution and function of respiratory proteins

Life on earth originated in an oxygen-free environment. Along with the evolution of the photosynthesis more than 2 billion years ago during the Proterozoic eon, oxygen accumulated in the atmosphere. In the beginning, oxygen was highly toxic and was responsible for the first major extinction event. Today, oxygen occupies a key function as an electron acceptor in the respiratory chain allowing efficient extraction of metabolic energy. Animals developed various mechanisms for the efficient uptake of oxygen. Along with the respiratory organs and the circulatory system, respiratory proteins like (hemo-) globins, hemerythrin, and hemocyanin are responsible for efficient oxygen uptake and distribution. Studying the evolution and function of globins and hemocyanin is a main research topic in our lab.

Hemocyanins are blue copper-proteins responsible for the transport of oxygen in arthropods (Burmester, 2002; Burmester, 2015). Our studies have expanded the knowledge on the occurrence, distribution, and evolution of hemocyanin. For example, it was assumed that most insects do not require any respiratory because of the highly efficient tracheal system. However, we demonstrated that most basal (hemimetabolous) insects have a hemocyanin gene (Hagner-Holler et al., 2004; Pick et al., 2009). We study the respiratory function of hemocyanin in addition to the tracheal system and the reason why it got “lost” in higher insects. 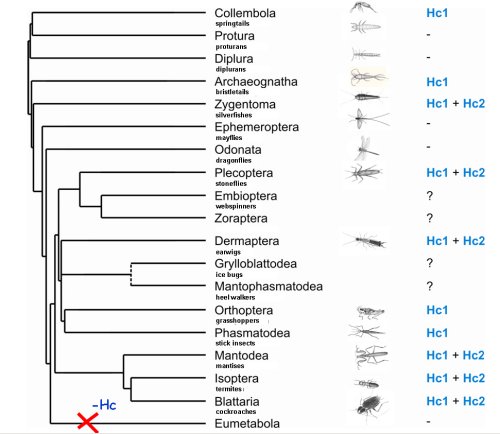 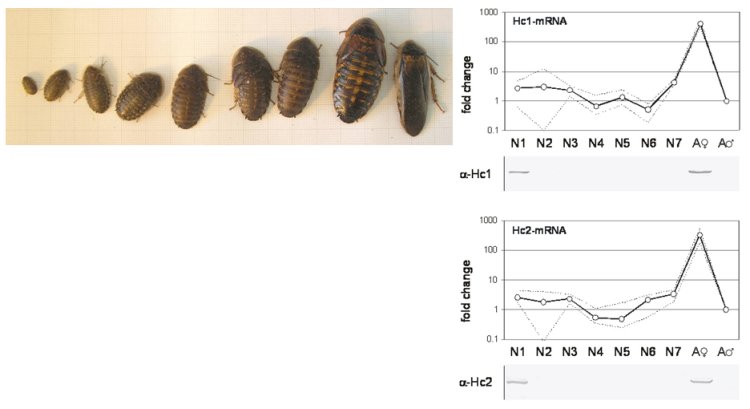 2) Function and distribution of intracellular globins in insects

For a long time, it was assumed that hemoglobins in insects are restricted to few species that are adapted to low-oxygen environments. However, we could demonstrate that hemoglobins are widely distributed in many insect species (Burmester and Hankeln, 1999; Burmester and Hankeln, 2007). So far, it is uncertain whether these proteins are involved in respiration or whether they have other functions. Together with the Hankeln lab (University of Mainz), we specifically study the globins of the fruitfly Drosophila melanogaster (Burmester et al., 2006) by manipulating the oxygen environment, ectopic overexpression of the globin genes (Gleixner et al., 2008) ), and RNAi induced gene knockdowns (Gleixner et al., 2016)), as well as transfected cell lines (Burmester et al., 2018). The results indicate a respiratory function of globin 1 and a role of globin 2 and 3 in sperm maturation. Using bioinformatic methods, we systematically analyze the distribution of globins in the genomes of insects. We identified three distinct globin lineages in arthropods.

(Supported by the EU and DFG) 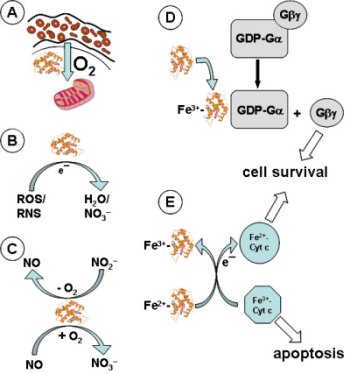 (Hemo-)globins are among the best-investigated proteins in biological sciences but still offer surprises. Our studies led to the discovery of six novel globins in gnathostome (jawed) vertebrates, mostly with still poorly defined functions. Here we propose to study the functions of cytoglobin (Cygb1 and Cygb2), neuroglobin (Ngb), and globin X (GbX) in the zebrafish Danio rerio. We will employ the CRISPR/Cas9 method to generate knockouts of the globin genes. The method has been established in the lab by generating a Cygb1 knockout zebrafish line.
The globin knockouts will be tested for developmental defects, changes in O2 consumption, hypoxia tolerance and response, protection from reactive oxygen species (ROS) and nitric oxide, and protection of membrane lipids. Further, the comparative RNA-Seq approach (knockout vs. wildtype) will help to identify the corresponding metabolic pathways in which the globins are involved. According to our hypothesis, Ngb may be involved in O2 supply or ROS decomposition, while GbX possibly protects the cell membrane. In this application, we will specifically focus on Cygb1 and Cygb2. In contrast to other vertebrates, teleosts harbor two distinct Cygb genes. We hypothesize that they diverged by subfunctionalization after gene duplication. The duplicated genes may play a role in the supply of O2 for collagen synthesis, protection from ROS, or in the NO metabolism. The results are expected to reveal the physiological roles of Ngb, Cygb1, Cygb2, and GbX in zebrafish in particular, and help to better understand the functional diversity of these globins in vertebrates in general.

Molecular Phylogeny of the Ecdysozoa and Arthropoda

The arthropods are the most diverse phylum in the animal kingdom. However, the position of the Arthropoda within the Protostomia and the phylogenetic relationships within the arthropods are still a matter of debate. In recent years, the availability of massive transcriptome and genome data has enabled a better resolution of the relationships. For example, phylogenomic studies identified the Kinorhyncha (mud dragons) and Priapulida (priapulid worms) as sister taxa, which are in a basal position within the Ecdysozoa (Borner et al., 2014). The position of the Tardigrada (water bears) remains uncertain although sequence data suggest a close relationship with the Nematoda (roundworms). The Onychophora (velvet worms) are the sister group of the Euarthropoda (Roeding et al. 2007). The monophyly of the Mandibulata (i.e., Myriapoda, Crustacea, Hexapoda) within the Euarthropoda is highly supported. In contrast to long-held assumptions, the Myriapoda (millipeds) are not closely related to the Hexapoda (Meusemann et al., 2010; Rehm et al., 2014). The hexapods harbor a position within the paraphyletic Crustacea. Specifically, we found that the Remipedia represent the closest relatives of the Hexapoda (Ertas et al., 2009). Furthermore, the divergence times among the Ecdysozoa and the Arthropoda were determined using a molecular clock and other approaches (Rehm et al., 2011).

(Supported by the Deutsche Forschungsgemeinschaft 2005 – 2011) 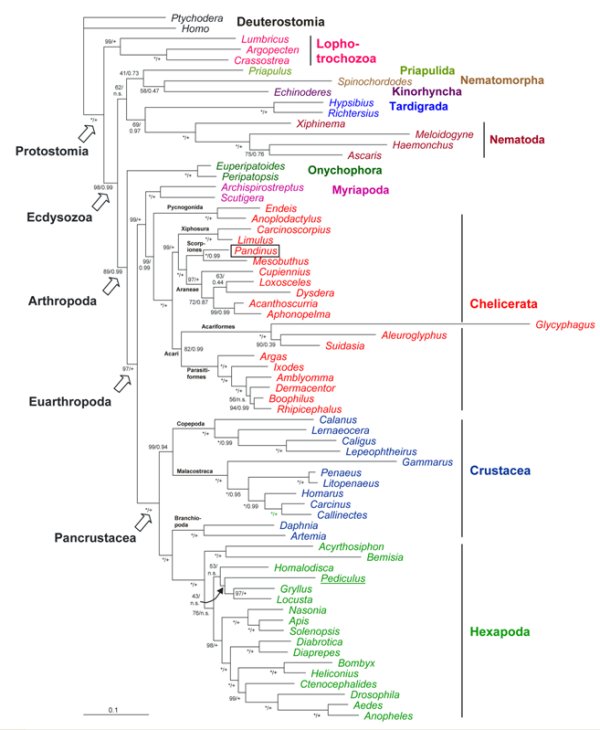 With over 650,000 casualties and 500 million infections annually, malaria is one of the most common diseases and poses a significant threat to human health. Malaria is caused by parasitic protozoans of the genus Plasmodium and is spread by Anopheles mosquitoes. The most virulent form of human malaria is associated with P. falciparum that is most prevalent in tropical and subtropical regions. Mechanisms underlying its particular pathogenicity are either species-specific or evolved early in the evolutionary history of its taxon.

We use a combination of phylogenetic, molecular and cell biological approaches to better understand the evolution of the host-parasite interaction. We address the deep-level phylogenetic relationships within the Haemosporida (Borner et al., 2016). This taxon does not only include Plasmodium but also other genera of blood parasites. We study the protein export from the intracellular into the host cell and study the interactions between parasite and host proteins (Schulze et al., 2015).